Fine Art: Too Late For Goodbyes

Too Late For Goodbyes

In Too Late For Goodbyes, Morgan Ervin presents a selected body of original work questioning the nature of human relationships in the context of some of the world’s most glorified and vilified celebrities; juxtaposing the love and judgment the world had for them, the pure and raw innocence of their youth, and quotes from the celebrities which reveal their complex inner worlds and their beliefs about their position in the outer world.

From the show, pieces sold into prominent private collections, as well as institutional collections including the Museum of Contemporary Art, San Diego (MCASD).

Pieces from the show were also exhibited at Art Basel, where Marilyn Study #1 sold to prominent collector Dame Jillian Sackler and is now prominently displayed in her Manhattan home. 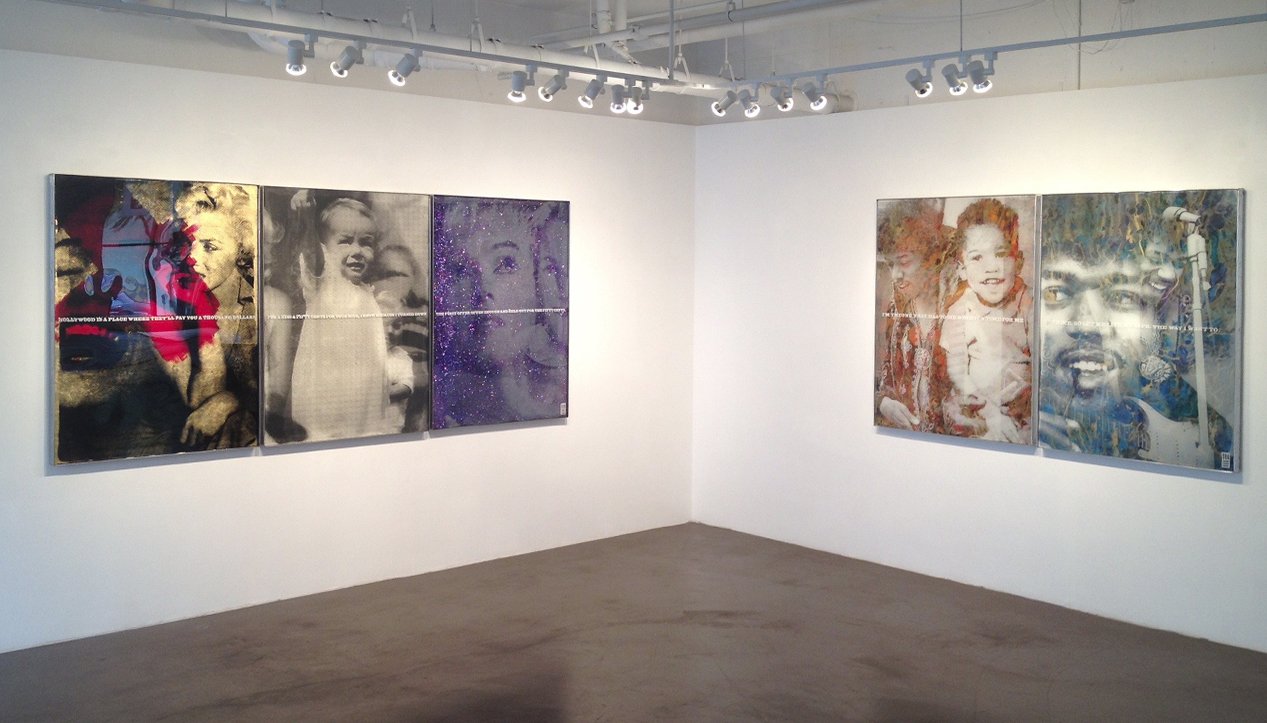 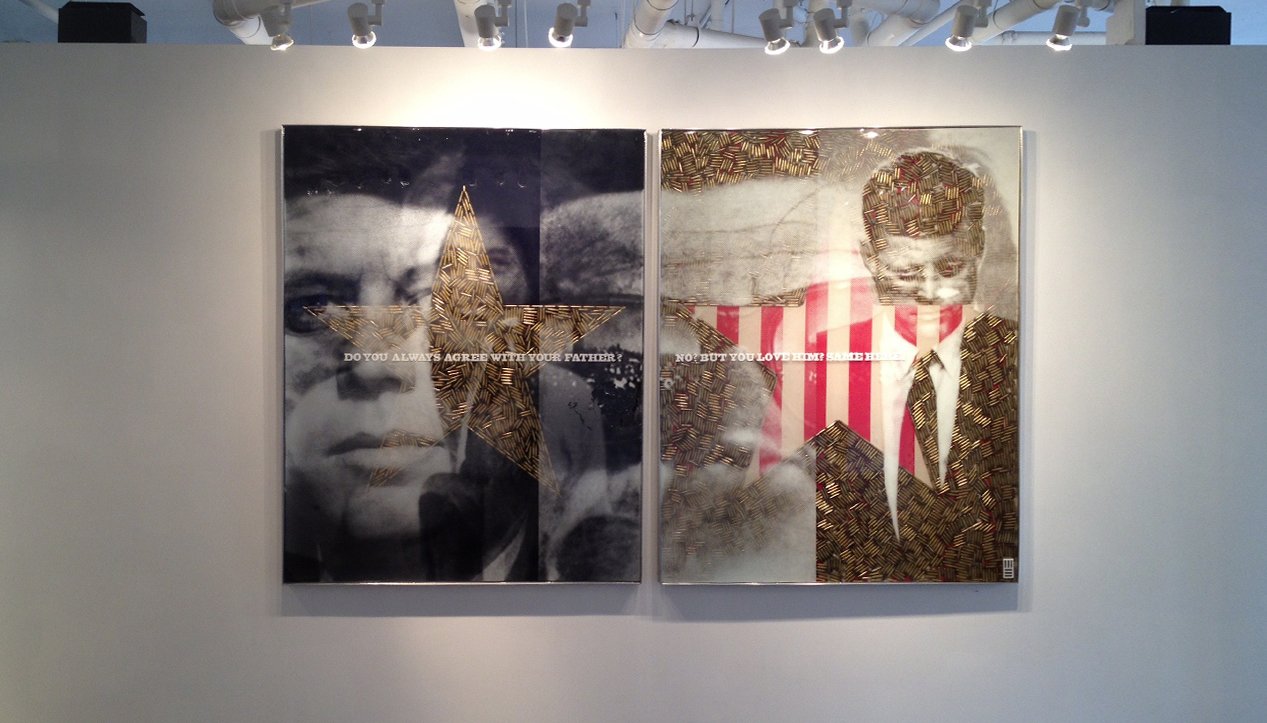 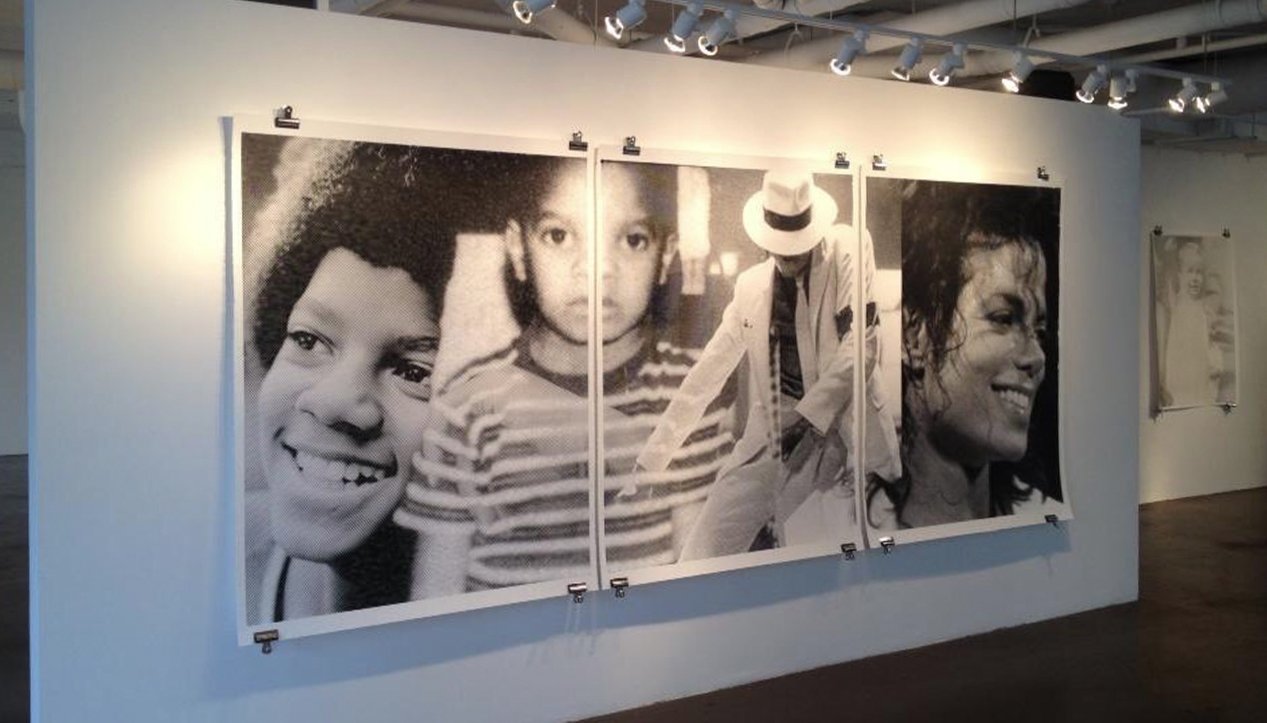 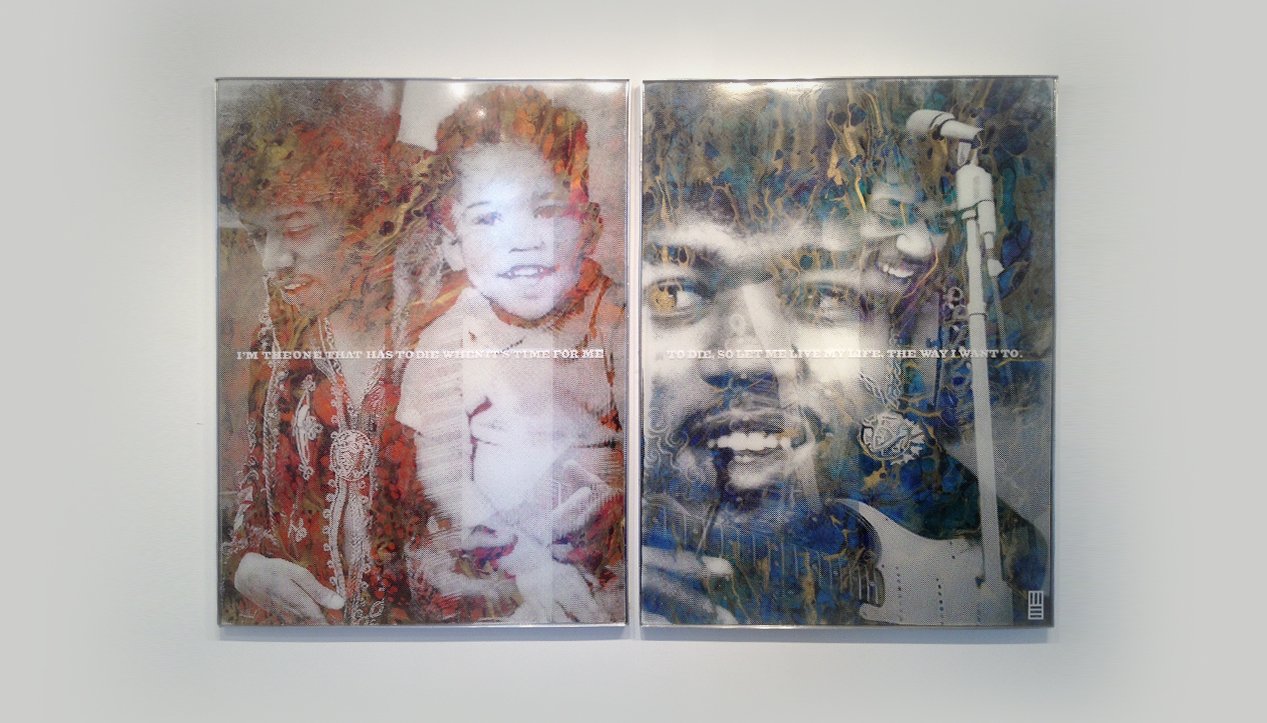 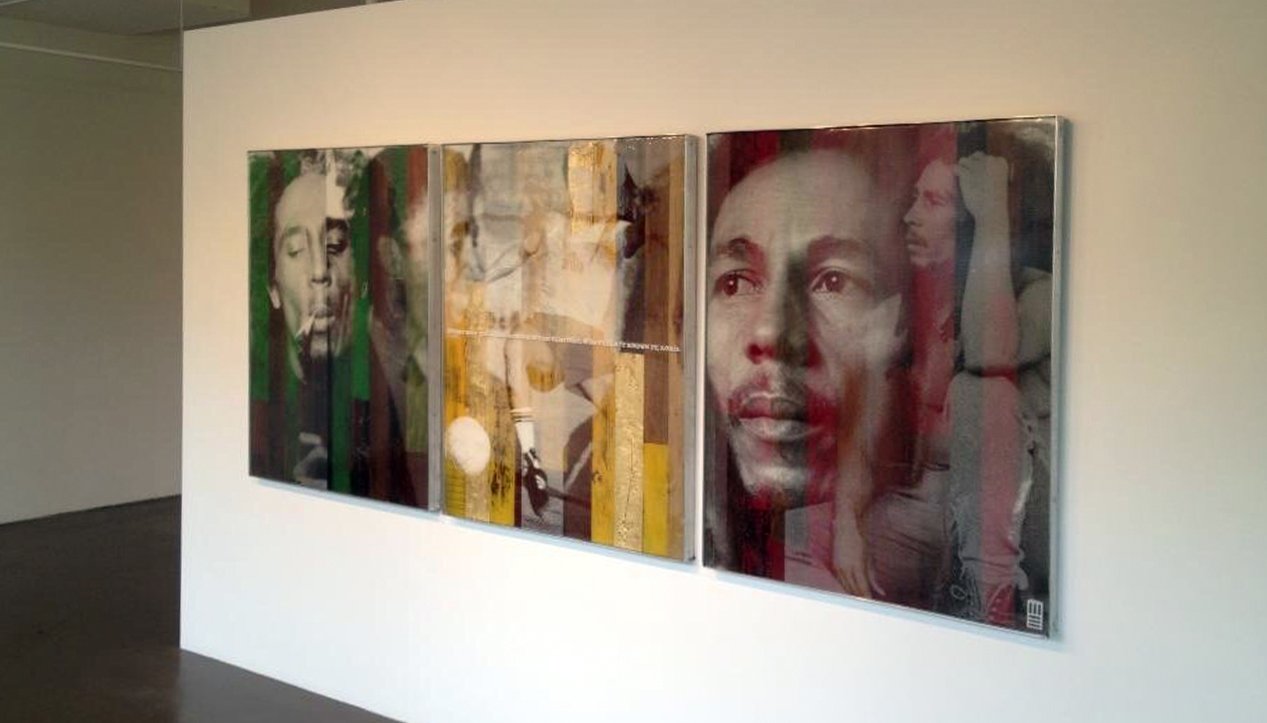 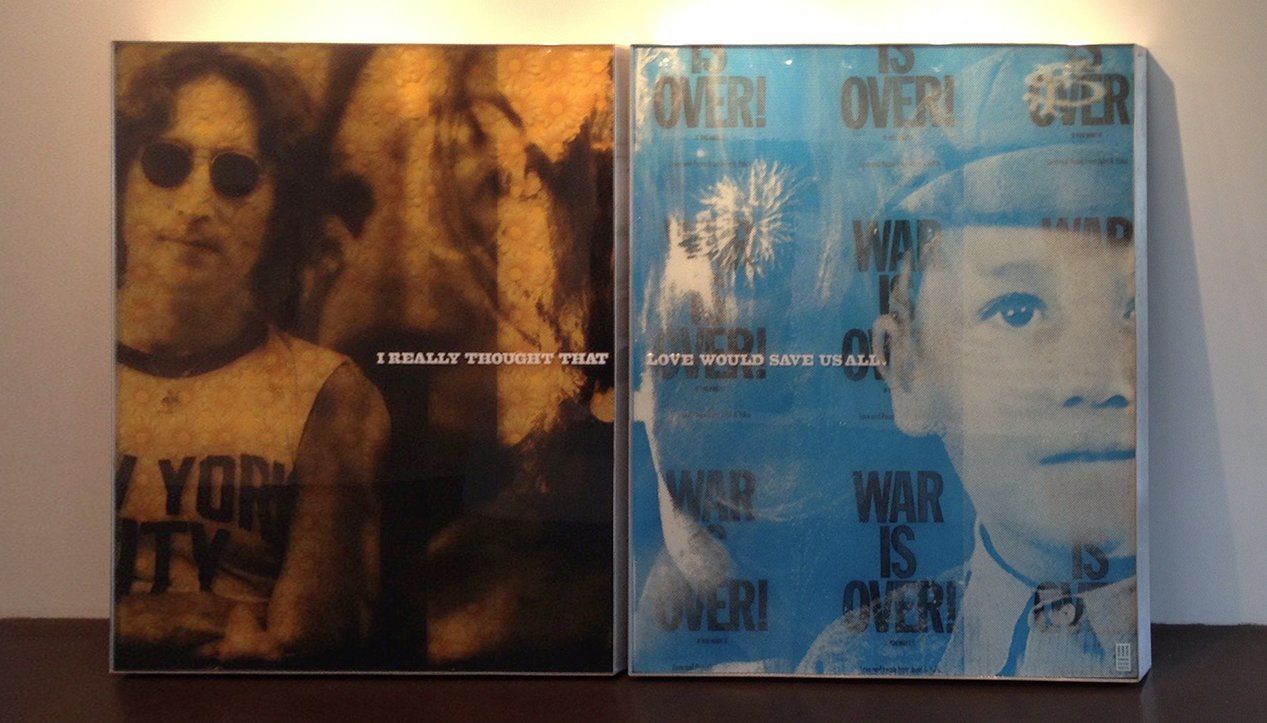 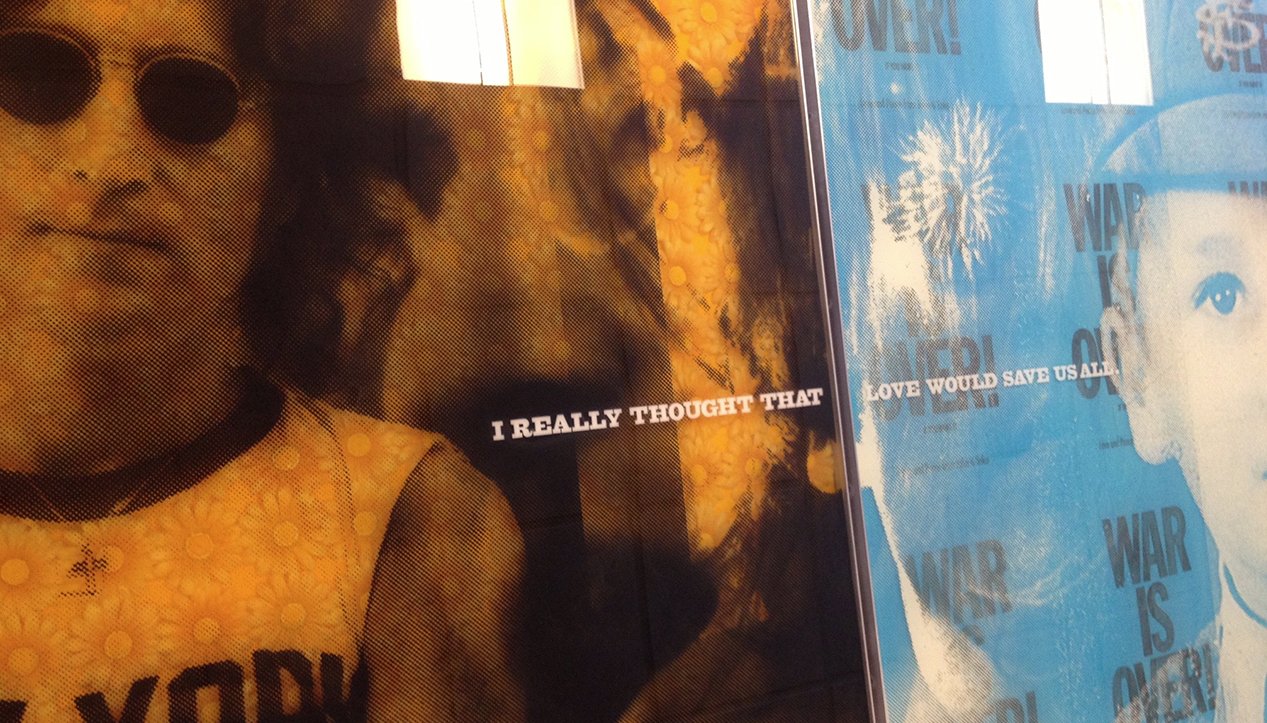 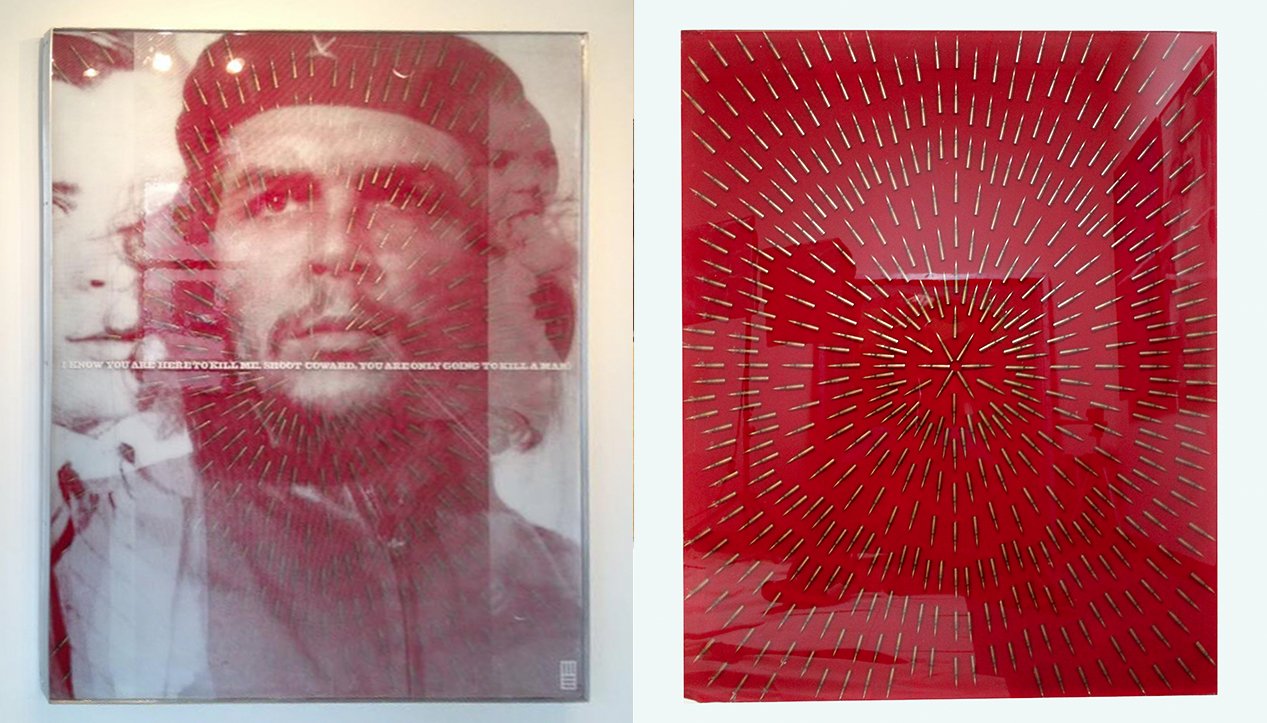 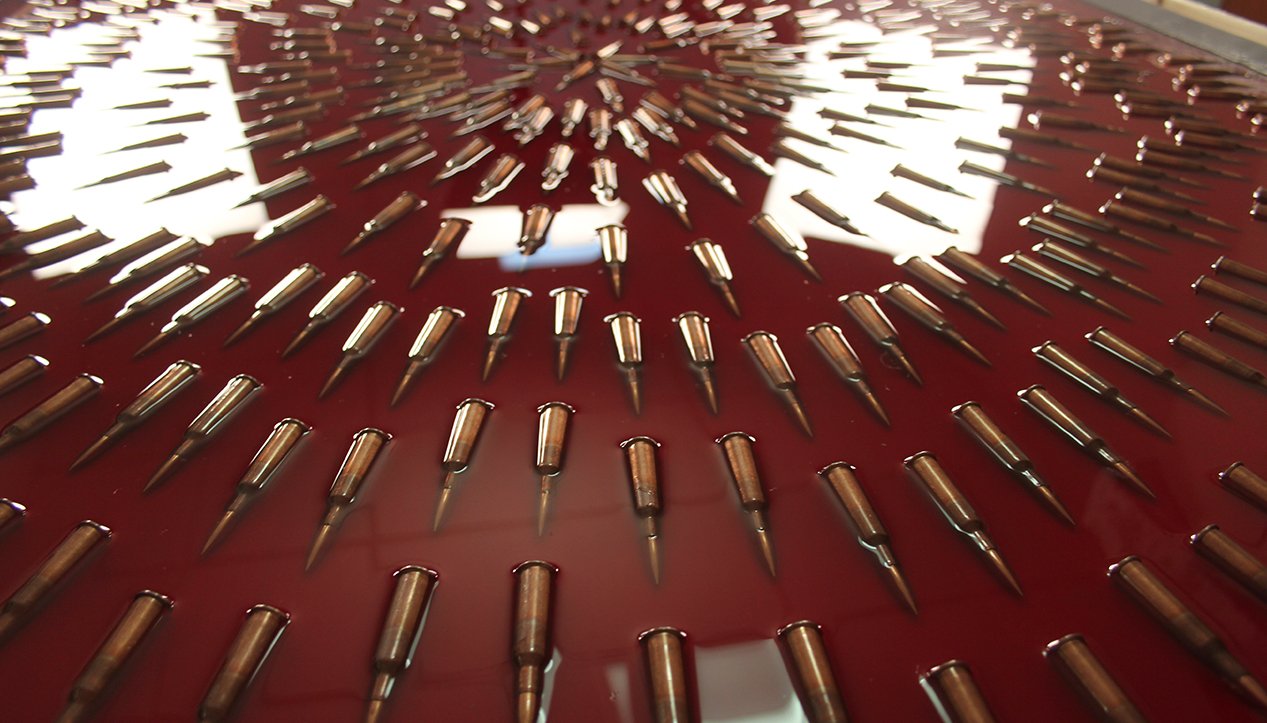 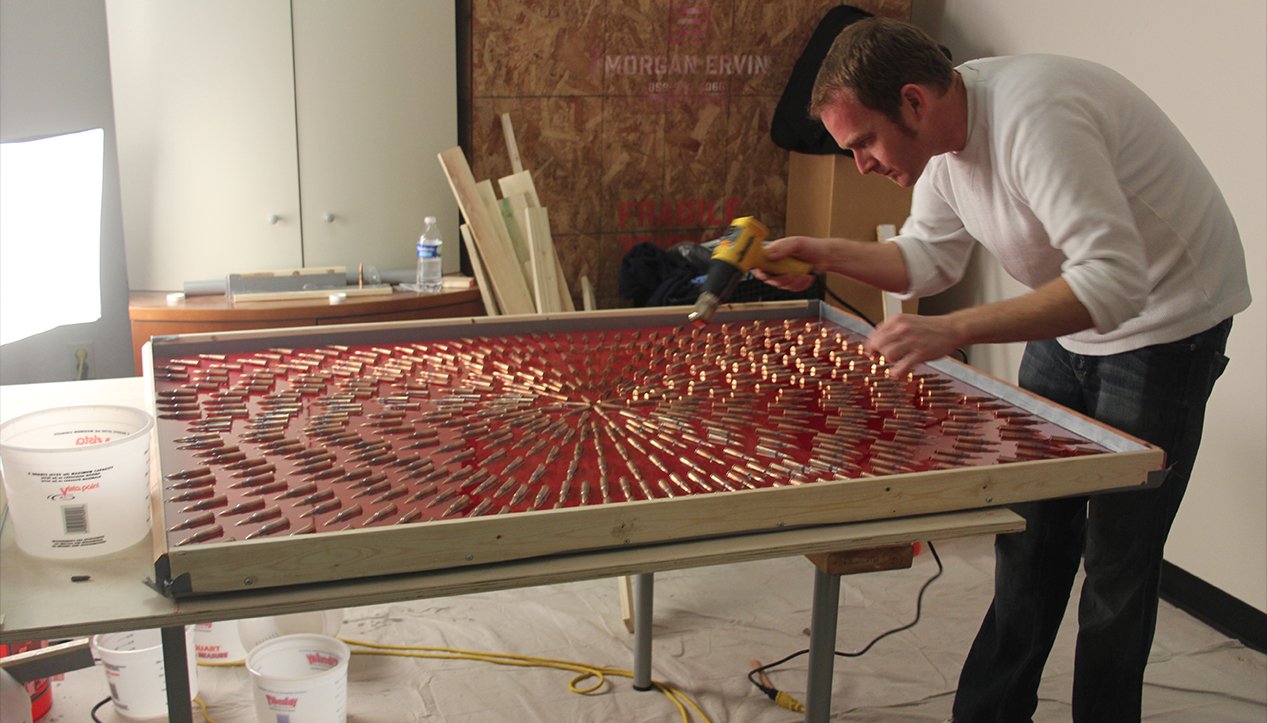 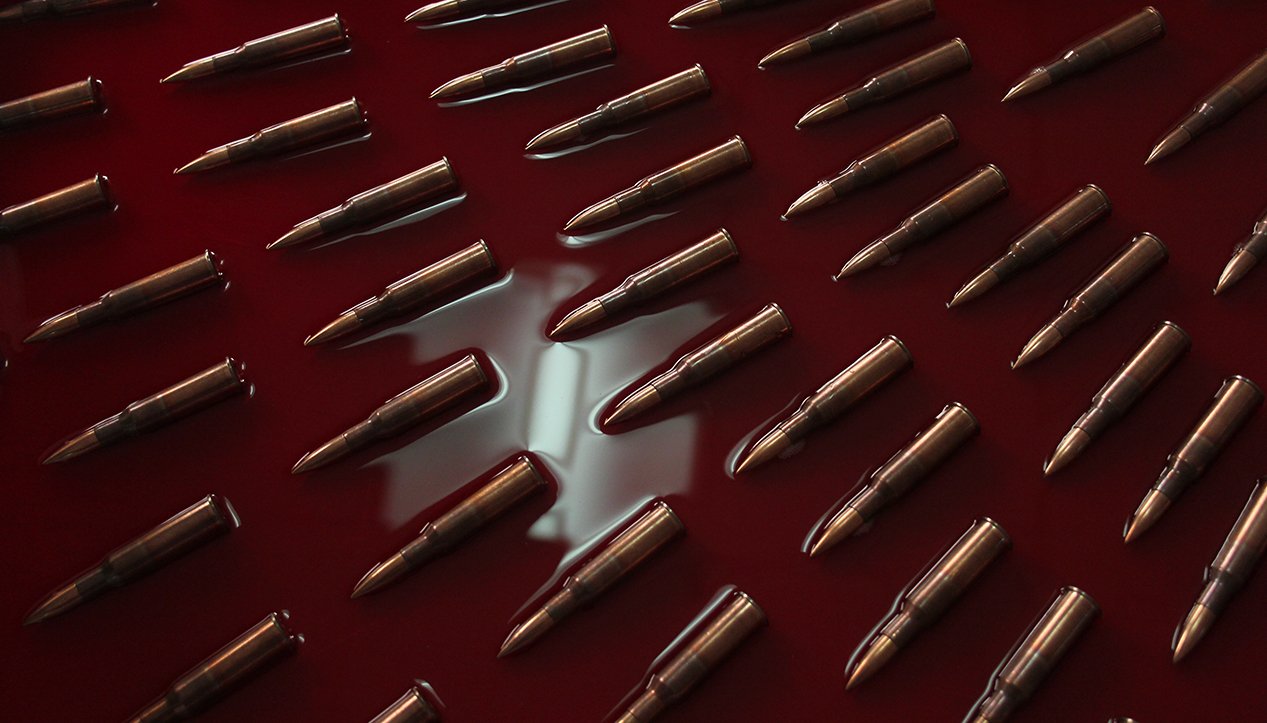 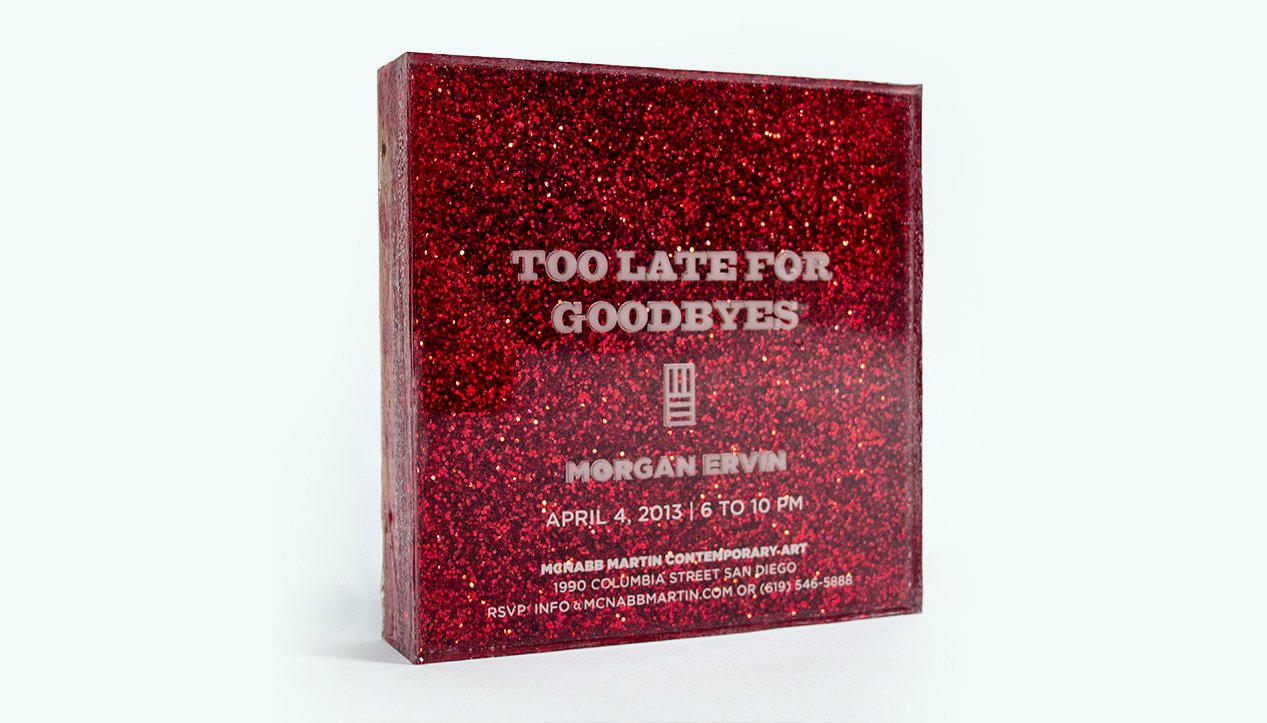 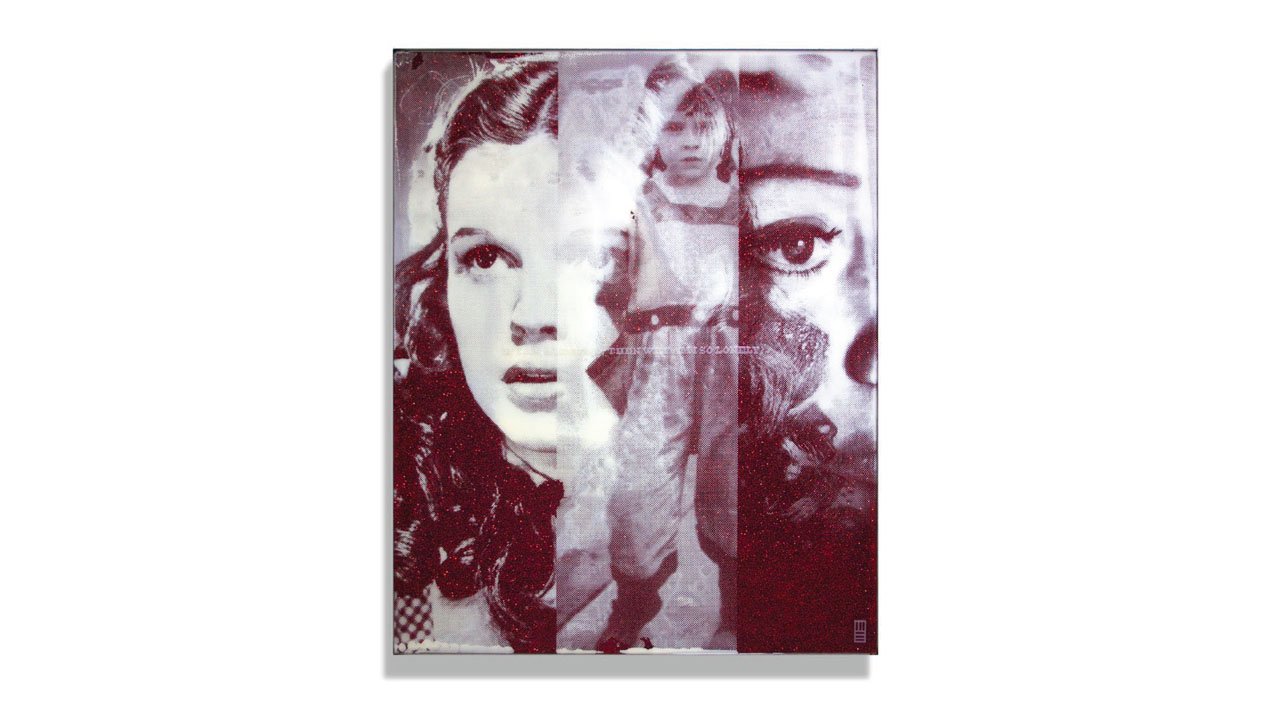 Q: You’ve said your work is really gritty, about wrestling with cultural prejudices about getting to the heart of things, if that’s true, why is your aesthetic so polished?

ME: I chose to make the surface of these works in a resin with a great deal of grit captured under a pristine, shiny surface. So often we hide the more complicated twists of who we are beneath polished character we present to the outside world. I chose that ultra polished resin aesthetic for two reasons—it exaggerated what we do literally in a beautiful figurative way, and also resin is highly reflective and I really want the audience to be able to see themselves in the portrait. To pierce the veil of celebrity, and really of human judgement on the external. The forced, literal self-reflective quality of the resin gets to the heart of the figurative self reflection, seeing myself, in someone else, which is really the heart of compassion, shared suffering.

Q. So if this series of artworks is so personal, why use celebrities? Why not just use yourself?

ME: I chose cultural icons, famous celebrities, because they are inarguably the most judged people on the planet, and the ones I chose specifically lived and died tragically. Ruthlessly judged by the media and the culture for their actions and surface appearances in life, and then celebrated in death, many of their stories have been told and retold by the the media so many times that they’ve really become part of our cultural heritage. I chose them because we know them, but I chose to look at them from a different perspective, or different perspectives than how I am used to looking at them. Outside of their celebrity, looking at their humanness.

ME: I chose images of their external persona, the ones we know best. Then I poured through books, watched and read interviews looking for things that they said about themselves or about life that revealed a deeper dimension of their character, and then I researched images of them as children, because all of us once were children, most of us had parents who loved us, and no matter how early it was lost, we were created with an innocence, and a purity. It’s the way we brought into this world with the innocence of children, and that innocence, most adults would fight to preserve that for a child, it’s a precious thing. While we might be quick to beat an adult up physically, verbally, mentally, we think differently about children. I wanted to show that… even the most vilified celebrities were once innocent children, and somewhere beneath all of that stuff we’ve taken on from our culture, we still are. When we forget that about ourselves and about others, we can do a lot of damage to that childlike spirit that all of possess. So there are really three perspectives; the way the world sees us and judges us externally, the way we see ourselves, and the way we were created, as children.

Q. Your work has been compared to Warhol, I know some artists hate comparisons to other artists, how do you feel about that one?

ME: Obviously from an aesthetic standpoint, I agree. I have always appreciated the simple and straightforward nature of his work, elevating things that we see every day, Andy caused the world to think differently about everyday things. I think he was really about the external aesthetic though, and my work is quite the opposite, I intentionally try to make the internal approachable, and intend more to ask the viewer to look below the surface into the human depths of the subject, and really into the depths of their own humanity.

The reason I chose that aesthetic of that very pop-art straight forwardness, is because the pieces can be made without seeing the direct influence of my hand. Had I chosen to paint the portraits or to write the quotes by hand, there would be too much of my hand in there which would distract from the purpose, from the person that I am portraying.

Q. Was there one celebrity that inspired this series, or a group of them? What got you to start thinking about all this?

ME: When Michael Jackson died, I was blown away how in one moment the whole world’s thinking about him changed. All of the jokes, the accusations, the hate that had been directed at him by the culture and the media for over two decades was suddenly, completely cast to the side and it seemed all anyone could say was what a genius he was, what a gift he gave to the world, what a tragedy it was, how he should have been treated better as a child and as an adult, and most importantly how much suddenly how everyone was reminded how much they loved him. I thought about friends I had lost, and how in death, everything is made perfect. All of the petty competitiveness, the disagreements, all of that stuff is wiped away, and the memory is made pure in love. I was reading a few months later in an interview that Michael had given earlier in life, he said “If you come into this world knowing that you are loved, and leave this world knowing the same, everything that happens in between can be dealt with.” It struck me that the greatest tragedy is that for all the love that the world had for him, Michael Jackson died alone, unable to sleep, probably unaware how much he meant to the world, all for the stupid petty judgement that had been the focus of the last two decades of his life.

Q. Is your work autobiographical at all? Were there circumstances from your own life that influenced you in this series?

ME: Absolutely. As a kid growing up I got into drinking and doing drugs, which quickly got out of control. By the grace of God, I was able to get sober pretty young, at 19. Many of my friends weren’t so lucky. Between 19 and 30, I lost over twenty of my closest friends… a few of my best friends, to drug over-doses and drug-related suicides…

Q. How did that effect you?

ME: It caused in some cases, an almost paralyzing sense of loss… My friends Axel and Sevan I still think about every day. More than just loss though It’s really caused me to consider the value of the time I have here on this earth, the value of the things I spend my time doing, and the value of the sometimes petty things I hold on to. I want to be able to get to the end of my life and know that I’ve loved with abandon, forgiven much, and not lost an opportunity to let the people in my life how much they really mean to me, how much better my life is because they exist.

Q. What do you hope to accomplish with your work?

ME: If anything, I hope my work causes the viewer to pause and consider that we’re not so different from one-another. Maybe enough to pick up the phone and repair a lost relationship, maybe to start a conversation about how to love more. I would hope that it would bring people closer together while they are alive, to hopefully seize the day and let the people they love know that they love them. I chose to look at death so that we could look at life with a more hopeful spirit, because once someone is gone, it’s too late for goodbyes.

Making a Brand Human in a Signature Event